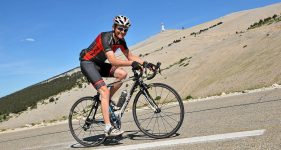 I am married, two of my three children have already left home.
I spend my free time with my family, cycling, literature, music and traveling.

Chairman of WelsTon, a support association for the Welser Abonnementkonzerte
(Subscription Concerts in Wels – www.welserabonnementkonzerte.at)
Examiner in accordance with §18 RStDG at the OLG Linz

My military and social-historical dissertation dealt with the consequences of the end of the First World War and the disintegration of the Danube Monarchy for the Old Austrian Officer Corps on the basis of previously unexamined sources. For the formerly respected officers, the early years of the “First Republic” were marked difficult living conditions, a parliamentary committee investigating breaches of duty during the First World War, criminal cases against generals and social reorientation.